Before You Give This Holiday Season - Read This 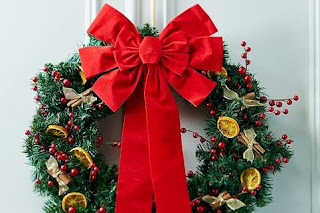 The Holiday Season is upon us! I love this time of year. The smells. The sounds. The hustle and bustle. The late night traffic as everyone is out buying gifts. The parties. The food. The magic.

Whatever you believe and whatever the reason is for your celebrations this time of year, there is no denying that there is magic in the air. People are nicer. More generous. We actually talk to each other. We say things like "Have a good holiday!" "Merry Christmas!" "Happy Hanukah!" I love it.

Times were tough for us. That is no secret. Many years I needed help in order to provide any kind of Christmas for my boys.

For a few different years we were an "Adopt-a-Family". For any of you who are unfamiliar with that, it is where places of employment or organizations select a family in need and then ask the head of household information about what the kids want or need, then employees and staff buy the family gifts.

I did Toys For Tots one year.

I applied for a program through Saint Catherine University while I was in school there. They had a specific program for single parents attending college.

One year my family rallied donations for me. I still to this day don't know how they pulled it off - but it was 100% a surprise for me. It was (I think) mostly people I knew; friends, family, co-workers.

Most years I could buy a couple things for the kids - maybe pajamas and stocking stuffers. But that's it. I couldn't even afford the extra groceries to bake cookies. My signature contribution every holiday is Puppy Chow. On more than one occasion my mom had to borrow me the $20 it cost to make a double batch.

Ok, so you get it right? It was a really hard time of year. I have vowed over and over to give back during this season because it's incredibly hard for so many families.

I'm writing today to share my story. I've debated publishing this for sometime. I don't know how this will sound to other people. Maybe ungrateful? Maybe my privilege will show? I don't know. But I think it has a good message.

Often when a place of business does and "Adopt-a-Family" they have the family fill out the names and ages and interests of the kids. This is hard. It's hard because often kids want expensive things. Nice things. And when you're (basically) begging other people to help you buy presents, you know your kids aren't getting the freaking Xbox that they want. So when I had to fill out that form I would add all the other things they want. The littler things. Also, I added clothing and winter gear they needed. As I've been working on writing this I've seen several things pop up in some of the "mom groups" I'm in on Facebook. Many people were surprised that there were expensive things such as video games or name brand shoes on the Adopt-a-Family lists. I know it seems so far fetched but that is really what these kid want. And these are things they will probably never get. So when you read the lists from the families, please do not think of them as being greedy. They're just being normal kids. Just as normal as your kids, I'm willing to bet.

One year in particular when we were the recipients of an Adopt-a-Family donation,  I got home from work and all the gifts were there. Wrapped, labeled, bagged up. I had no idea what was in them. That year I didn't get wrap a single gift for my kids. That may not seem like a big deal to some. Maybe even a blessing to those of you that have 843,904 toys to wrap. But for someone who didn't get to really participate in the magic of Christmas, it sucked. It was surprisingly depressing. It was one more thing I didn't get to participate it. One more reminder of how poor I was and how I wasn't making it. I tried to look on the bright side and realize that I would be just as surprised as they would be Christmas morning. That made me feel a little bit better.

So Christmas Eve I set out their gifts after they went to bed. I remember crying and feeling very sad and lonely, like a failure. I didn't get to really shop. I didn't get to really give. I knew they were probably not going to get anything that they really wanted. But that's OK. Because being in the situation that we were in, they were always more than happy with anything. Socks? Yay! Pajamas? Yay! They were so easy to please back then, thankfully.

Those were the years that I was so thankful that they were too young for social media. Too young and too naïve to know what their friends trees looked like, packed with gifts and video game consoles and bikes. I was and am still so grateful they were completely oblivious to their tiny little Christmases of those years.

That Christmas Day, they ran downstairs and saw the gifts and were overjoyed and excited as most kids are. As is our custom, they open one at a time and everyone watches, youngest goes first, then the next kid, and then the next. One at a time so every one can see what they received. As they began to open their gifts, I could immediately tell - ALL the gifts were from the dollar store.

Let me be clear - I am a bargain shopper. I'm frugal (with some stuff) and especially when I was poor I was not one to buy expensive things.  But even I know that dollar store toys are just that - worth a dollar.

There were toy guns, and cars, trucks, some games, a little dart board with suction cup darts, some fake GI Joe guys. You know, your average run of the mill toys. They were ecstatic! And happy! But as they all unpackaged them and started to play with them - they literally began falling apart, breaking. All the toys, minus a select few didn't even make it past a couple hours of usage. It was heartbreaking. They were heartbroken. It was really hard to watch and even harder to explain. I had no idea what to say, and I couldn't take anything back because I had no clue where anything was from.

I don't know if my boys even remember this Christmas. I'm willing to bet they don't. But I do.

When you give this season - keep this in mind. Often people give to satisfy a requirement of their employer or a guideline for their religion or just for their own psyche. Whatever the reason - I would challenge you to buy ONE nice thing. Rather than 20 crappy things. Christmas has many meanings. And for children it takes on something else. We give to them and they don't really understand how it all works. They may only understand that Santa brought them broken toys that can't be taken back.

So before you place that toy in the Toys For Tots bin or before you buy for your Adopt-a-Family think about the kids that are getting these toys. These are likely the nicest and only toys they'll be getting for a very long time. Skip a couple Starbucks trips and get them something that will mean something to them. Something that can be used over and over again. And something that will make their caregivers breathe a sigh of relief on Christmas morning.