- July 18, 2018
One would assume that in this day and age it's easy to find people. Social media makes looking just about anyone up, a breeze! Unless they don't want to be found. In which case, it's very difficult to find people when they have the right privacy settings. 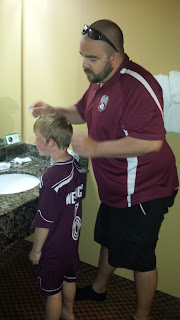 We were blocked from his Facebook so we were unable to message him. He didn't have a known address or employer to look up so that was also a dead end. I had some people message him and let him know that I was looking for him. I made sure they told him that he wasn't in trouble. I didn't want any money. But I needed him to contact me. Nothing seemed to work. And when I say nothing I mean NOTHING. We tried everything. The state couldn't find him. The county couldn't find him and neither could I.

Our case couldn't really go any further until we found him - or as a last resort- we'd publish a notice in the paper. This was going to be even more money and would tack a lot of time on to our case.

As a last ditch effort, I reached out to his mom. I was (and still am) on good terms with her. Because of that I was very careful about not putting her in the middle. I knew their relationship was fragile and I didn't want her to feel obligated to do something that would be a conflict of interest for her. But, this was our last shot at finding him.

I text her, explained where we were at in our case.

Basically it came down to this:

If he chose to decline signing them over we would go to court and one of two things would happen.

2.We would go to court and if the judge could rule in his favor. this means he would keep his rights, have to pay all the arrears and continue to owe child support until each child turns 18. If this was the case the adoption wouldn't even be an option.

After explaining these scenarios to his mom, I got a text the very next day. He chose to sign over his rights to the boys.

I will not pretend that this wasn't an emotional moment for me. I was at work when the text came through. My breath caught in my throat as I read it and I started to sob. Like SOB. I had many emotions. I still get teary when I think about it. I think I wrote "The Fight" shortly after I got that text. I think my emotion was so strong because I had spent 15 years fighting for these boys. And then in the blink of an eye, in less than 24 hours - he legally walked away. Physically he had been walked from the beginning, really. But this. This was so final. And this was so emotional to me because when they were little all they wanted was HIM. And I was the one left behind to pick up all the pieces and figure out how I was going to do this alone. So when I read that he agreed to sign them over, my heart just wept for them. There is another side to this, too. Those tears were also happy tears. They were finally getting what they wanted, NOW. They could finally focus not on what WAS. Not on what they were missing. But on what would BE. And what they were gaining. 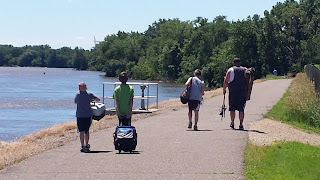 I set up a time for him to meet with my lawyer to sign the papers. Once the papers were signed we moved forward with signing and submitting everything else. It felt like there was a light at the end of this tunnel. The two oldest boys were both over 14 so they had to sign a separate paper that needed to be notarized stating that they wanted to be adopted. We talked about this extensively and they 100% knew they had a choice. They were old enough to know what they want. They all also decided to change their last names. Again, this was something we are not forcing them to do. I don't blame them in the least for not wanting to bear his last name. He has had very little involvement with their upbringing, yet they are carrying around the last name of a man they barely know.

When a woman or when a couple chooses to give their baby up for adoption we call that brave and noble. They're doing something that is in the best interest of that child. They're mature and realistic enough to know that someone else can provide a better life for that baby. It is, I would imagine, extremely difficult to make that decision.

I like to think what their bio-dad did as the exact same thing. I will never know his reasons. I would like to think he had their best interests at heart and that money had nothing to do with it. I will continue to believe and I will continue to say that this was his final act of love for THEM. Not for himself. I want to believe and I want those boys to believe that this was something he did for THEM. They will have a better life being cared for by someone else. I think he knew that. And I will believe, as should any of you reading this, that is why he signed those papers.

You can think what you want about him. Lord knows I have my own thoughts and feelings on it.  He put us through hell and back. But I just hope that he looked at his situation and knew that those boys belonged to someone else's heart. I will call his action of signing those papers, BRAVE.